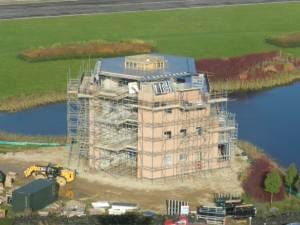 Turweston closed on 23 September 1945, but was retained by the Air Ministry. The land was used for private vehicle storage and agriculture.
In the 1950s, it was knownas MTSSD TURWESTON, and was a sub-depot of COD Chilwell, housing the Army’s stocks of Bren Gun Carriers. The maintenance staff consisted mainly of female civilians. 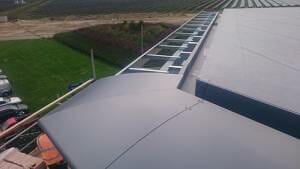 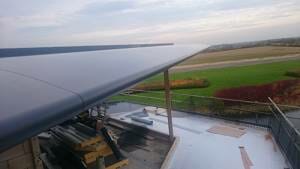 For some time prior to 1994 the airfield was in use as a gliding training airfield at weekends only. Turweston
Aerodrome re-opened for business in 1994, having been rebuilt as a combined airfield, aero-club, flight school and rally track. The new conference facilities were opened in 2004, and the location has also served as a dance or rave venue, including the Gatecrasher Summer Soundsystem festival in 2008 and 2009.
Until 2011, Turweston hosted an annual Wings & Wheels event, which in addition to aircraft, showcases vintage cars, motorbikes, tractors and farm machinery. Also run annually is the overland Fast-Track service into the British Grand Prix.

Turweston airfield is now a thriving hub of aviation and event activity. Stafford Rainwater were appointed to install a bespoke Fascia & Capping Detail to the new prestigious tiered flight centre. The flight centre is scheduled for a grand opening in March hosting some of the UK’s finest pilots and local dignitaries. After receiving a significant acknowledgement and compliments, Phil Stafford (Stafford Rainwater Systems Director) has been invited to the event to explain how the aluminium system compliments the aerodynamics and aesthetics of the building. 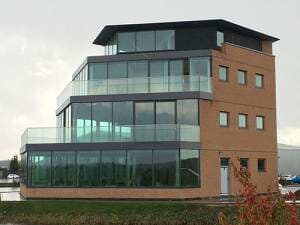